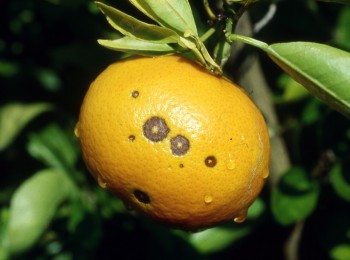 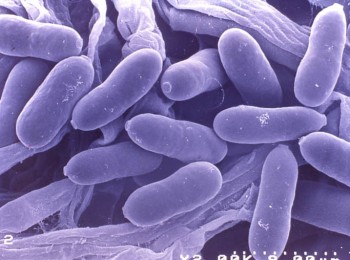 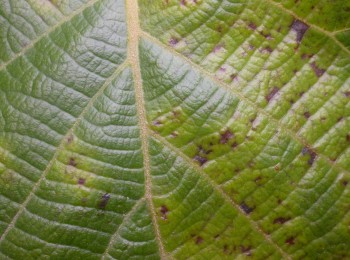 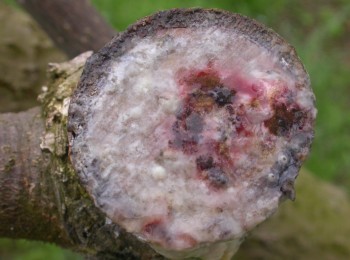 EU regulation 2016/2031 has introduced major changes for the phytosanitary legislation, applied by EU since 1977. This regulation abolishes and substitutes seven directives of European Council and will fully become effective by 13rd December 2019. A meeting on this subject,coordinated by Prof. Giovanni Vannacci, was organized in Florence by ‘Georgofili’ Academy on 11th May this year. Proceedings will soon be published in the Academy website.

Plants are at the bottom of food chain and essential components of natural environment and landscape. The impact of a new epidemic disease on the economy and life quality may be devastating. The epidemics of Xylellafastidiosa in Italy is a case in point. The presence of this noxious organism was reported for the first time in 2013, when it had already spread in the Salento Peninsula, Apulia, the first olive producing region in Italy. The disease is severely impacting both the agricultural economy and the typical landscape of Apulia. An epidemic outbreak of pine nematode is causing severe losses to the wood industry in Portugal since 1999. It has killed millions of pine trees, reduced the profitability and increased the costs of woodworking as pine timber has to be heat-treated to be exported.

Billions of plants and a huge amount of plant products circulate in the market of EU or are imported from third countries. Also, countries of origin or destination are very numerous. As a consequence, it is necessary to have common rules concerning production, inspections, sampling, analysis, import, transport and certification of plants and plant products as well as report, identification and eradication of harmful organisms to guarantee the same level of phytosanitary protection and equal opportunities for traders in the whole territory of the EU. A major aim of the new regulation is to prevent the introduction, establishment and spread of harmful organisms for plants in the EU territory. This regulation is founded on the principle that is more productive to concentrate efforts in the initial stages to avoid damages caused by harmful organisms on agricultural production and environment. It establishes detailed rules to detect timely and eradicate quarantine organisms of relevant importance found in the EU territory. These rules clearly indicate obligations for professional operators and persons other than professional operators to notify the presence of disease foci, to carry out inspections and multiannual survey programs, to demarcate areas for eradication and reinforcement of measures concerning harmful organisms. It is compulsory for all member countries to eradicate immediately quarantine,harmful organisms of relevant importance for EU found in previously free areas. In other words, they cannot act unilaterally. Presently, organisms that are harmful for plants are regulated differently according to their quarantine status and the risk they pose. The new regulation will comprise a list of all harmful organisms assigned to three major classes. 1.Union quarantine pests: organisms that are not present in the EU territory or present only locally and under official control (such as the causal agent of citrus black spot, which is not present in the EU, or X. fastidiosa, which is present in restricted and well demarcated areas). Due to the high risk posed by these organisms for the health of plants, strict measures should be taken to avoid their introduction and further spread into the EU territory. When intercepted, these organisms have to be eradicated immediately. 2. Protected zone quarantine pests: organisms that are present in most of EU territory but still absent in limited and well demarcated areas, called “protected zones” (such as vine phylloxera, present in all EU territory with the only exception of Cyprus, which is indicated as protected area with regard to this parasite). These organisms cannot be introduced and spread in such zones. Measures (such as prohibition or restriction of movements, surveys etc.) are taken against these organisms to avoid their introduction into in protected zones or their eradication when intercepted. 3. Union regulated non-quarantine pests: organisms that are widespread in the EU territory but affect the quality of plants. Plants for planting should be free from these organisms (Verticillium albo-atrum is a case in point as far as apple production is concerned; certified apple plantlets cannot be sold in the EU market if more than 2% of the nursery stock is infected).

The new regulation introduces the definition of Priority pests: union quarantine organisms that may be particularly harmful economically, environmentally and/or socially. These organisms are subjected to reinforced measures as regards surveys, action plans for their eradication, emergency plans and simulation exercises. The definition of priority for harmful organisms is necessary to allow EU and single member countries to concentrate effectively their resources to protect the environment and agricultural production. A co-funding by the EU is envisaged to reinforce these actions. The list of priority pests will be adopted by a delegate act as close as possible to the application of the regulation (end of 2019). This list will be compiled according with criteria defined by the regulation and on the basis of pest risk assessment procedures.

As a matter of principle, the import of most plants and plant products from third countries will be permitted under certain conditions. By contrast, some importations will be prohibited or subjected to severe prescriptions, in cases when the risk assessment indicates the need of such restrictions due to the possible introduction of harmful organisms. The new regulation establishes more detailed rules for the risk assessment and management with the aim of supporting these measures. Within two years the Commission must adopt a list of plants and plant products that are at risk. Their importation will be prohibited if detailed risk assessments are not performed to establish if or under what conditions these importations can be permitted. All living plant materials (plants, fruits, vegetables, excised flowers, seeds etc.) will be imported into the EU only with a phytosanitary certificate that demonstrates they conform to the EU laws. Within two years the Commission will adopt a list of plant materials that are exempted from this certificate as they are not considered harmful in the EU territory. Finally, in cases of limited experience in the commerce of specific plants or plant products and as a consequence of lack of knowledge of phytosanitary risks, the new regulation provides for the possibility of introducing temporary restrictions to the import or even its prohibition until more scientific data are provided. As a matter of principle, it will not be possible to introduce into the EU territory plants or plant products from third countries without a phytosanitary certificate. However, the Commission could grant exemptions conforming to this general rule through an executive act indicating the maximum amount of plant materials that travelers are allowed to introduce into the EU without a phytosanitary certificate. According with this new regulation all plant passports will be issued with the same format to easy their recognition in all EU countries. Passports will be compulsory for the movement of all plants for planting (while according with the present rules they are compulsory only for some plants). This measure is essential to guarantee the absence ofharmful quarantine organisms and the traceability of this important type ofplants, comprising mainly reproductive plant material or potted plants.However, to avoid excessive administrative burdens passports will be needed to transfer plants to non-professional consumers (e.g. in flower-shops or other retail stores). The new regulation acknowledges the role of professional operators in the production and movement of plants and plant materials. Professionaloperators are obliged to notify quarantine pests they found in areas that areunder their control and must be registered by the competent authority, to makecontrols more effective. Moreover, they must ensure the traceability of regulated plants and plant products they receive from other professional operators or they sell, in turn. Professional operators will be allowed to issue plant passports under the supervision of competent authority. To this aim they must be authorized and obey precise rules. Competent authorities of member countries will have a fundamental role in the application of these rules: they will be responsible of many activities, including surveys, eradication of disease foci, emergency plans and simulation exercises, notification of the presence of harmful organisms, control of importations, registration of professional operators and authorization to issue plant passports. In this respect, the new regulation will be soon integrated by the regulation on official controls, which will define the commitments of member countries concerning the controls and other official activities. An EU regulation was considered the proper tool to change the current rules as it is applicable directly and universally in all EU. During the next three years it will be necessary to adopt a series of delegate and executive acts. This period will be useful for competent authorities and professional operators to conform to new common rules.